Son of a Nutcracker, It Was Elf Virtual Race Day!

I received entry into the Elf Virtual Run as part of being a BibRave Pro (ambassador). Check out BibRave.com to find and write race reviews. 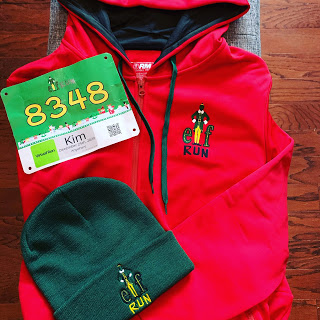 Today was the Epic Race Day that Lissa (Runnerdgirl) and I have been putting together for the last couple months. I registered for the Elf Run, and she registered for the Christmas Story Run. (You can even register for both here!) We decided to meet up at my house on Sunday morning, run the race, and then watch the movies back to back. 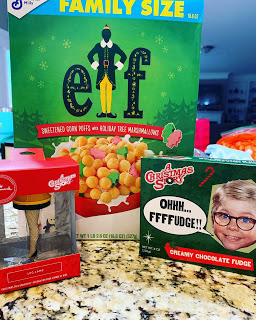 Lissa arrived with a few fun surprises! You can't tell from the pic, but the cereal is maple syrup flavored! Oh my heck! 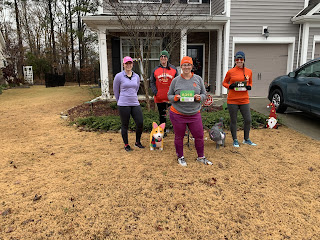 Once everyone arrived, we got ready to start. Lissa and Kendal were running, and Toni and I walked. (I am still not running, although my knee is feeling amazing lately. I will be posting more about that in the coming weeks.) We used the route from the 5K I was race director for in my neighborhood earlier this month.  Because we walked, I got some fun course photos. Apparently, some of the Blow Up Decor in the neighborhood had a rough night... 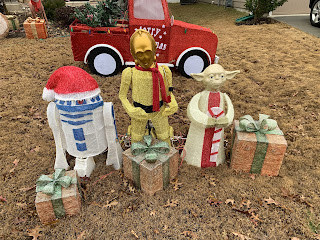 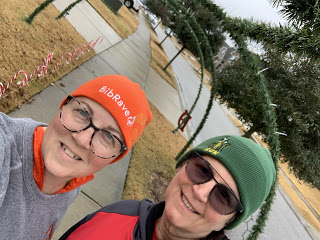 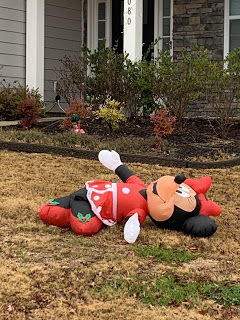 After Lissa and Kendal finished running, they ran back to where we were and finished with us. 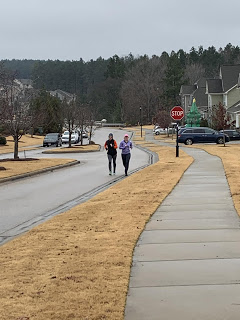 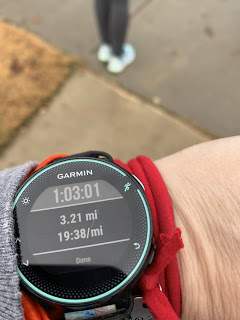 After we finished, we changed into our swag while the hubs made us mimosas. Lissa and Kendal had their bling, but the Elf bling was delayed. Ram Racing kindly sent the swag, and the bling is on its way now. I love that so much. It was great to be able to wear our swag after the race! 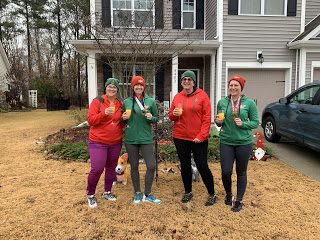 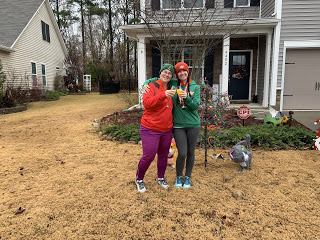 After our photos, the hubs made us breakfast, and then we settled in for the first movie! We had to laugh, because Ming Ming and Ralphie are both played by Peter Billingsley! 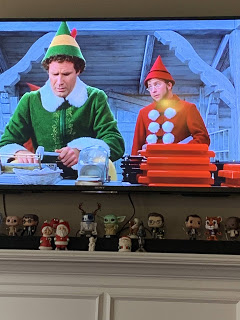 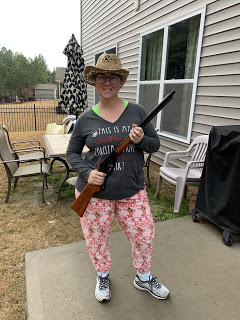 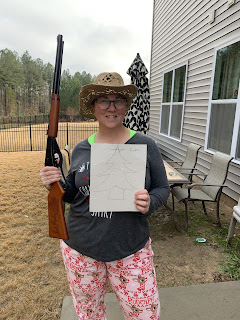 I did really well! All ten of my shots were in the tree, even in the same area! Score! It was cold and damp out, so obviously we needed cocoa. Bring on the chocolate bombs! I had the cookies and cream one and it was delicious! 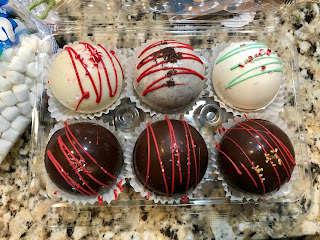 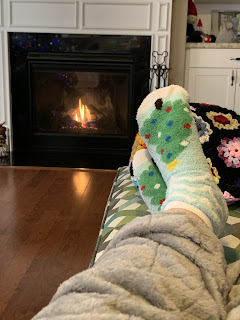 So much fun was had, and we ended the day with pizza (well, I had a Panera Salad, they had pizza)  before everyone had to go home. It was so much fun! I really love when Lissa and I get together and host events like this. Stay tuned for our next escapade!
Posted by BarkingMadRun at 8:45 PM 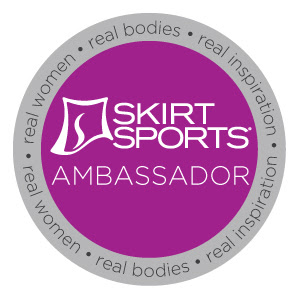 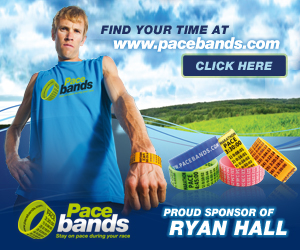